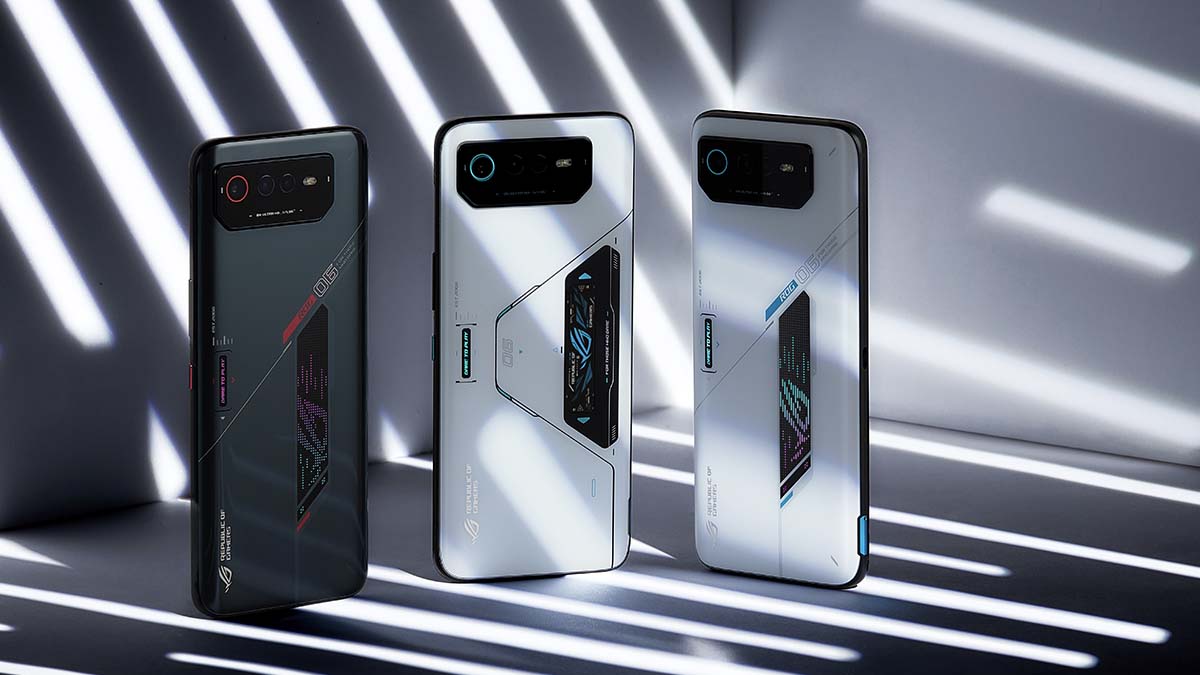 Both phones are powered by Qualcomm’s Snapdragon 8+ Gen 1 chipset, with up to 18GB of LPDDR5 RAM, and up to 512 GB of non-expandable storage.

The upgraded GameCool 6 cooling system includes 360° CPU cooling technology, a 30% larger vapor chamber, and 85% larger graphite sheets, along with a centered-CPU design to increase heat dissipation from the core.

Keeping the lights on is a 6000mAh battery with support for 65W wired charging.

Aside from the RAM configuration, the other main difference between the two phones is the customizable ROG Vision secondary display on the back of the ROG Phone 6 Pro.

The ROG Phone 6 is available in Phantom Black and Storm White, and comes equipped with Aura RGB lighting on the back, up to 16GB of LPDDR5 RAM, and up to 512GB of storage.

The ROG Phone 6 Pro is available exclusively in Storm White, and features a color ROG Vision mini-display on the back, 18GB of LPDDR5 RAM memory, and 512 GB of storage.

ASUS has confirmed that the ROG Phone 6 series will be made available in the Philippines at a later date.