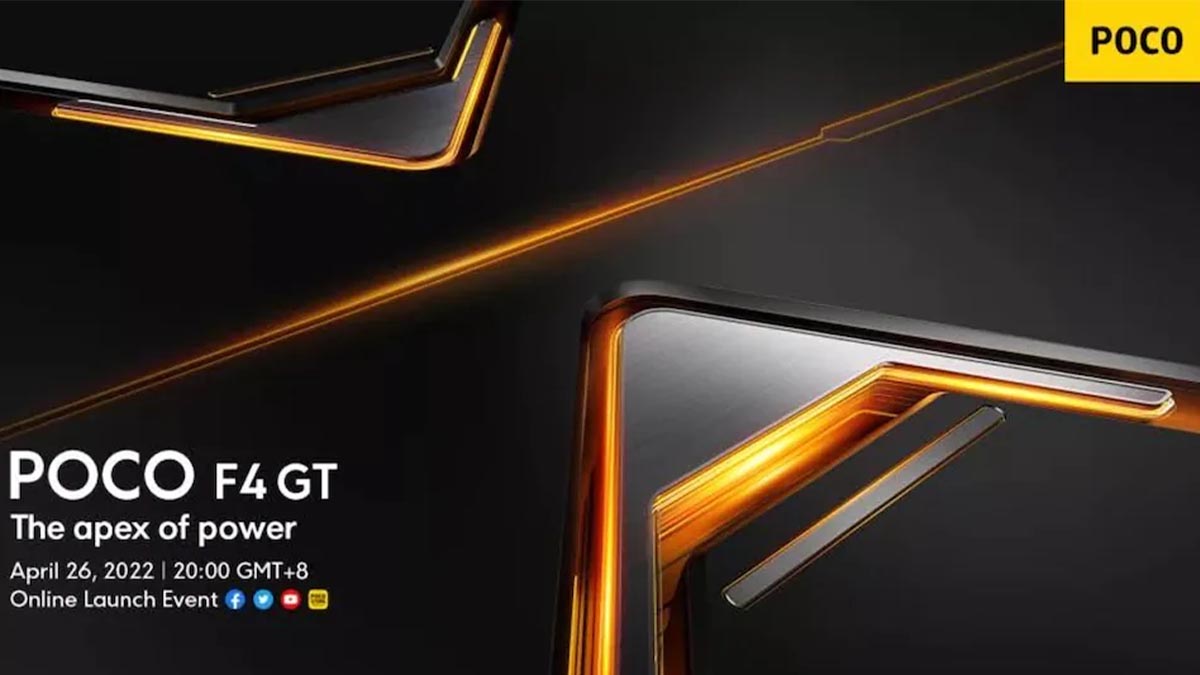 Barely two months since POCO unveiled the POCO X4 Pro 5G and M4 Pro at MWC Barcelona, the sub-brand of Xiaomi has now officially confirmed the global launch date for its first flagship phone for the year, the POCO F4 GT.

The company has sent out email invites to the press announcing that it will debut the new device on April 26.

Considering earlier rumors, a recent Geekbench sighting, and “The apex of power” tagline, it’s safe to assume that the POCO F4 GT will be powered by a Qualcomm Snapdragon 8 Gen 1 chip.

While not much else has been revealed yet, we expect the POCO F4 GT to be the global version of the Redmi K50 Gaming model that went official in China in February. The K50 Gaming is equipped with an SD 8 Gen 1 SoC, dual vapor chamber cooling, a 6.67-inch FHD+ 120Hz OLED panel, and a 4700mAh battery with 120W charging.