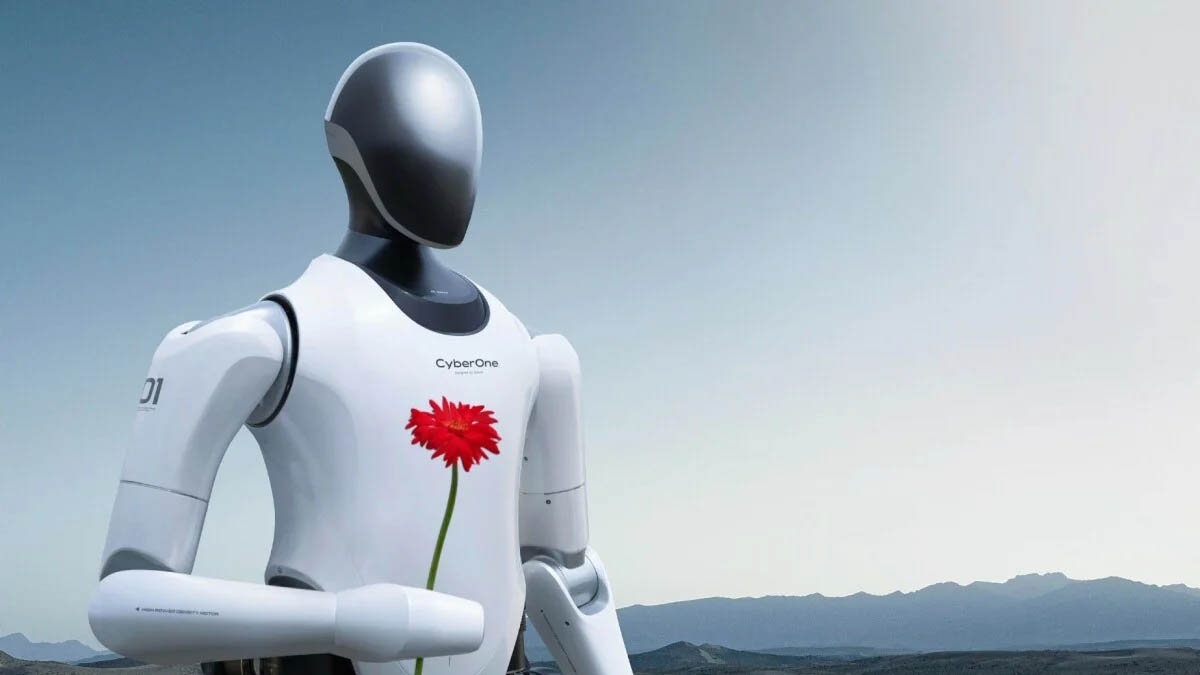 CyberOne, which joins last year’s quadruped robot Cyberdog, is fitted with advanced arms and legs, supports bipedal-motion posture balancing, and reaches a peak torque of up to 300Nm.

During the launch event in Beijing, CyberOne introduced itself by sauntering on stage with a long-stemmed flower.

The humanoid robot measures 177cm in height. It weighs 52kg and has an arm span of 168cm. It up to 21 degrees of freedom in motion and achieves a real-time response speed of 0.5ms for each degree of freedom, which allows it to fully simulate human movements.

The robot’s face is made of a curved OLED panel and it can see the world in 3D. For hearing, it has two microphones.

Equipped with a self-developed Mi-Sense depth vision module and combined with an AI interaction algorithm, CyberOne is capable of perceiving 3D space, as well as recognizing individuals, gestures, and expressions, allowing it to not only see but to process its environment.

To communicate with the world, Xiaomi equipped the robot with a self-developed MiAI environment semantics recognition engine and a MiAI vocal emotion identification engine. This enables it to interpret 45 human semantic emotions and recognize 85 types of environmental sounds.

According to Xiaomi, these technological breakthroughs are expected to give birth to more application scenarios in other fields, such as industrial robots with improved mechanical performance, companion robots with emotion recognition, and public service robots powered by big data and cloud computing. CyberOne’s technology will also be applied to more Xiaomi products in the future.