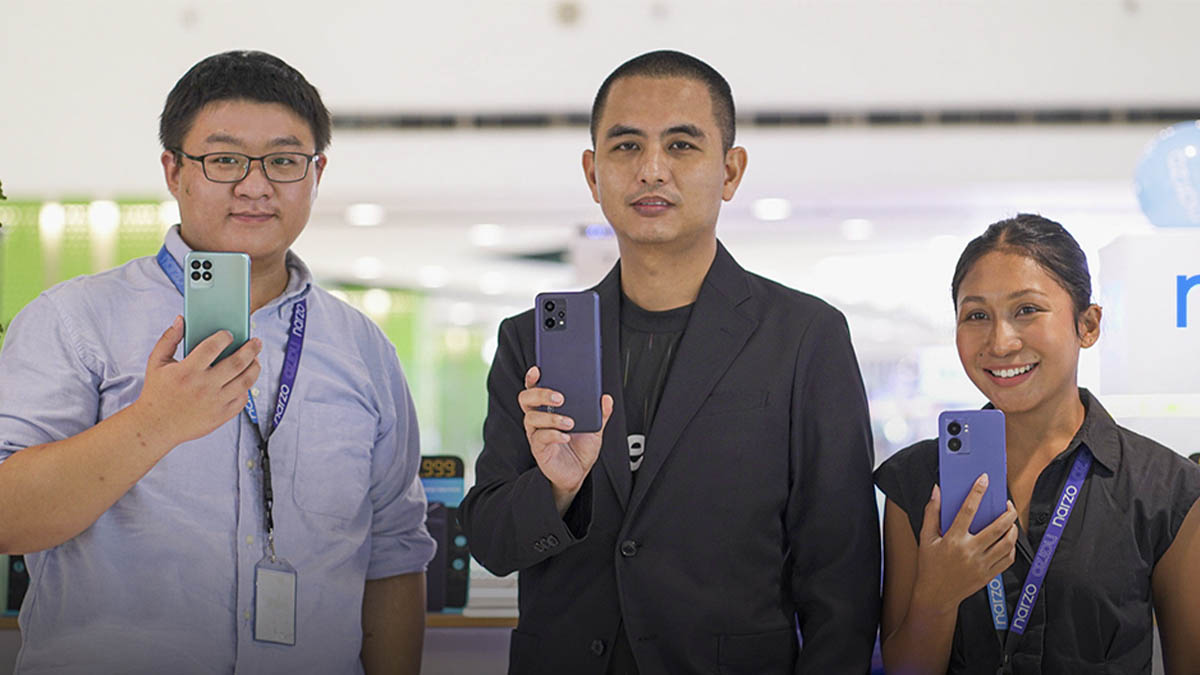 narzo inaugurated its 50th store in the country last November 19. During the ribbon-cutting ceremony held at the 3rd Level of SM Southmall, the four-month old brand welcomed new customers from the South with games, prizes, and freebies.

The 50th store opening coincided with the start of narzo’s “Quality Sulit Holidays” Christmas campaign, its first as an independent brand.

Present during the store opening were Alex Fong, CEO of Aerophone Enterprises & Co., as well as Johnson Cheng and Joanne Idorot from the narzo Sales & Retail team.

“As part of our retail strategy, we’re aiming to establish more narzo stores in all 17 regions of the country, with a strong emphasis on provinces especially in Visayas and Mindanao. We want to be one of the first newcomer brands to touch base with rural areas and give them narzo’s quality sulit advantage,” said Idorot.

The first successful leg of narzo’s ChristMASAYA Caravan was also held on the same day at SM Mall of Asia, wherein walk-in customers enjoyed an interactive program with Minute-to-Win-It challenges. Participants won limited edition narzo shirts, finger sleeves for mobile gaming, and P1,000 rebate for the top record-holder. Succeeding legs of the ChristMASAYA Caravan will be held across 25 participating narzo stores every Saturday, until December 17.