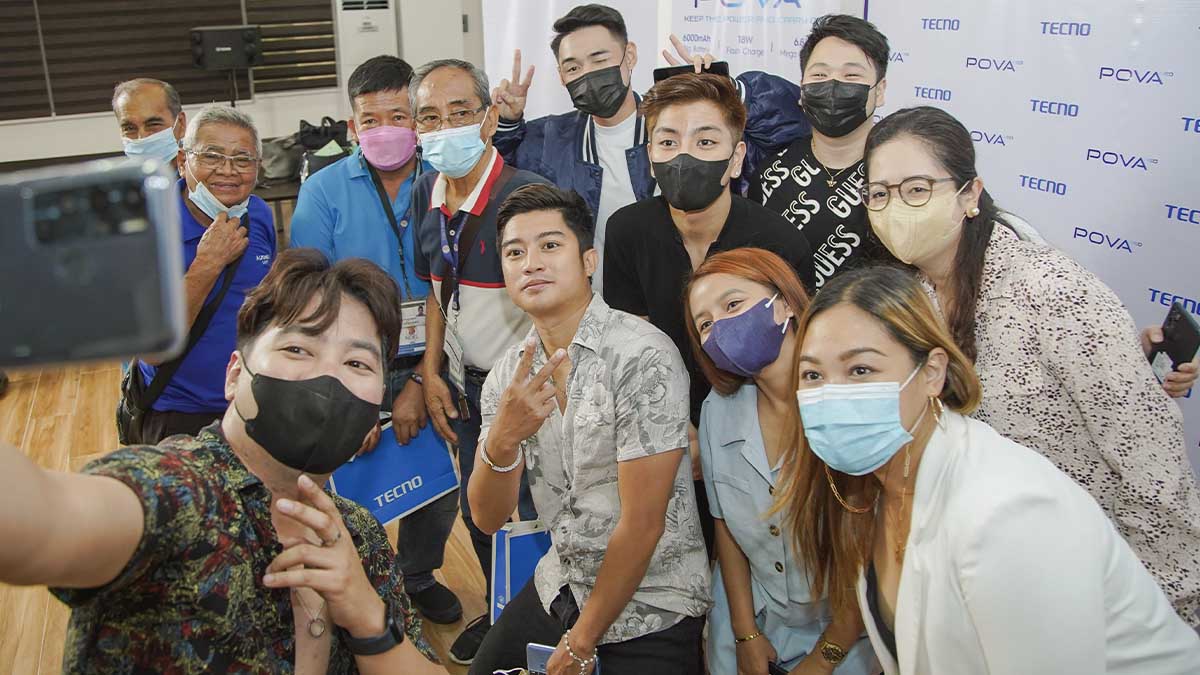 As part of its commitment to bring innovative and high-performing smartphones to emerging markets and providing support to Filipinos, TECNO Mobile recently concluded its initial salvo of CSR activities in the country for 2022.

The recent CSR activity, in line with the launch campaign of POVA Neo, celebrates everyday heroes who power on with their day-to-day tasks in order to serve the community. TECNO Mobile partnered with Grab PH, plus a few of the country’s up and coming content creators, to reach out to local communities.

Grab PH riders and drivers have been lauded as true heroes of the pandemic over the last two years, helping make day-to-day life easier for thousands of Filipinos by making things accessible, even from home.

Recognizing their efforts, TECNO Mobile celebrates the everyday contributions of Grab PH by giving back to the company’s hardworking drivers and delivery riders.

Grab PH’s Papugay Awardees received a brand new TECNO Pova Neo smartphone that will help them navigate the busy streets of Metro Manila and power them all day long.

A donation handover took place at the Grab PH Headquarters in Metro Manila on April 9, 2022 during Grab PH’s Papugay event, which the company mounts each quarter to show appreciation to, and recognize their outstanding drivers. Grab received 65 units of POVA Neo smartphones.

Earlier this month, TECNO Mobile and online influencers gathered to celebrate and recognize the everyday heroes of Malolos, Bulacan.

At the handover event held on April 5 at the Malolos City Hall Auditorium, 50 POVA Neo units were given to beneficiaries from City Health Office and the Office of Senior Citizen Affairs, PNP, Bureau of Fire Protection, Force Multiplier, Social Services, Tricycle Operators and Drivers Association, the City Environment and Natural Resources Office, and local students.

POVA Neo is a 6.8-inch smartphone with a huge 6000mAh battery with support for 18W fast charging. It comes with a 13MP dual rear camera with quad flash, an 8MP front camera with dual flash, 4 or 6GB RAM, and Helio G25 octa-core processor.

TECNO also has an ongoing Scan To Win with POVA Neo Promo. Every purchase of participating TECNO Mobile smartphones from April 1 to 30, 2022 at the TECNO Mobile Concept Store in SM North Edsa, TECNO Mobile kiosks, and partner retail stores nationwide, entitles a customer to play the Spin to Win game.

Almost P1 million worth of prizes will be given away to more than 300 winners, including Yamaha Mio Gear 125cc motorcycles, Samsung 50″ UHD smart TVs, the latest smartphones, cash, AIoT devices from TECNO Mobile, and cashback rewards.