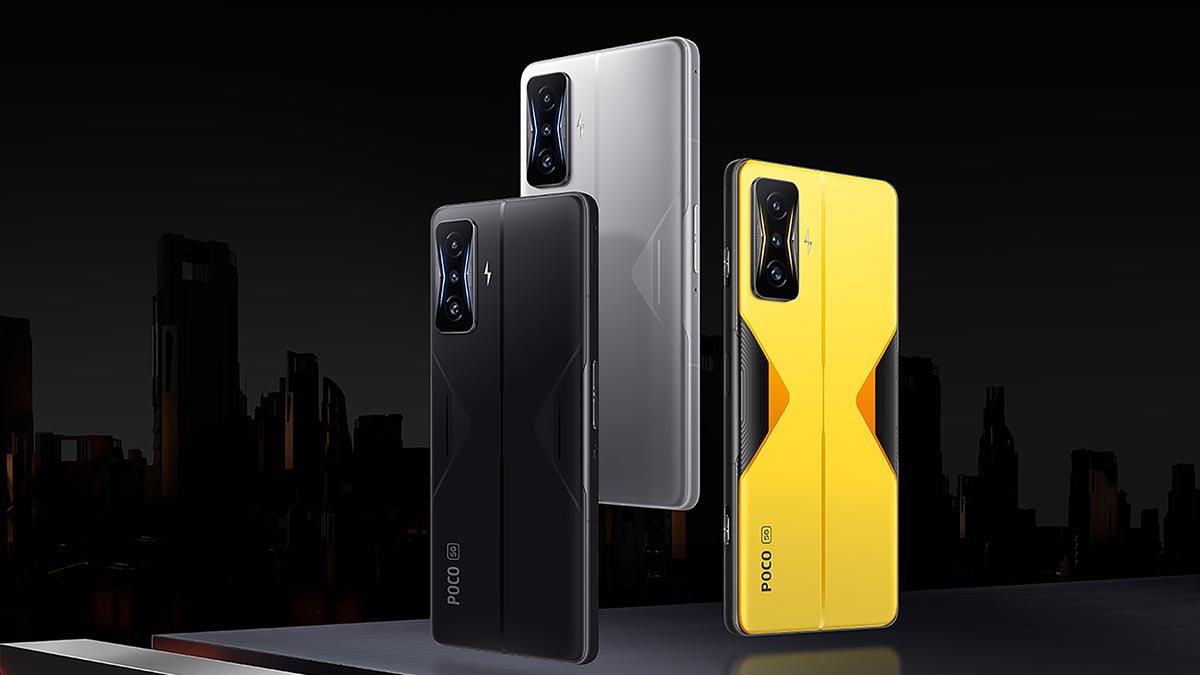 POCO has unveiled its first flagship phone for the year, the POCO F4 GT.

As expected ahead of launch, the phone is closely based on the Xiaomi Redmi K50 Gaming Edition, which was launched in China in February.

At the heart of the POCO F4 GT is a Qualcomm Snapdragon 8 Gen 1 5G chipset paired with up to 12GB of RAM and up to 256GB of storage. The powerful chipset is reined in by the LiquidCool 3.0 technology, which is made out of two vapor chambers for cooling.

As a gaming-focused model, the POCO F4 GT includes magnetic pop-up triggers that should help mobile gamers with in-game immersion by reducing on-screen UI elements. When out of gaming mode, the triggers can also be used as a shortcut for quick access to frequently used features such as camera, screen recording, or flashlight.

Rounding out the gamer aesthetic are JBL-tuned speakers and RGB lighting elements around the camera island on the rear.

As for cameras, there’s a triple array on the back: a 64MP main camera with Sony IMX686 sensor, an 8MP ultrawide, and a 2MP macro lens. On the front there’s a 20MP f/2.4 selfie camera in a central punch-hole.

The device comes with a 4700mAh battery with 120W HyperCharge tech, which can supposedly top up the battery from 0% to 100% in 17 minutes.

The POCO F4 GT comes in Stealth Black, Knight Silver, and Cyber Yellow and will be available in two storage variants starting May 13 via Lazada and Shopee: