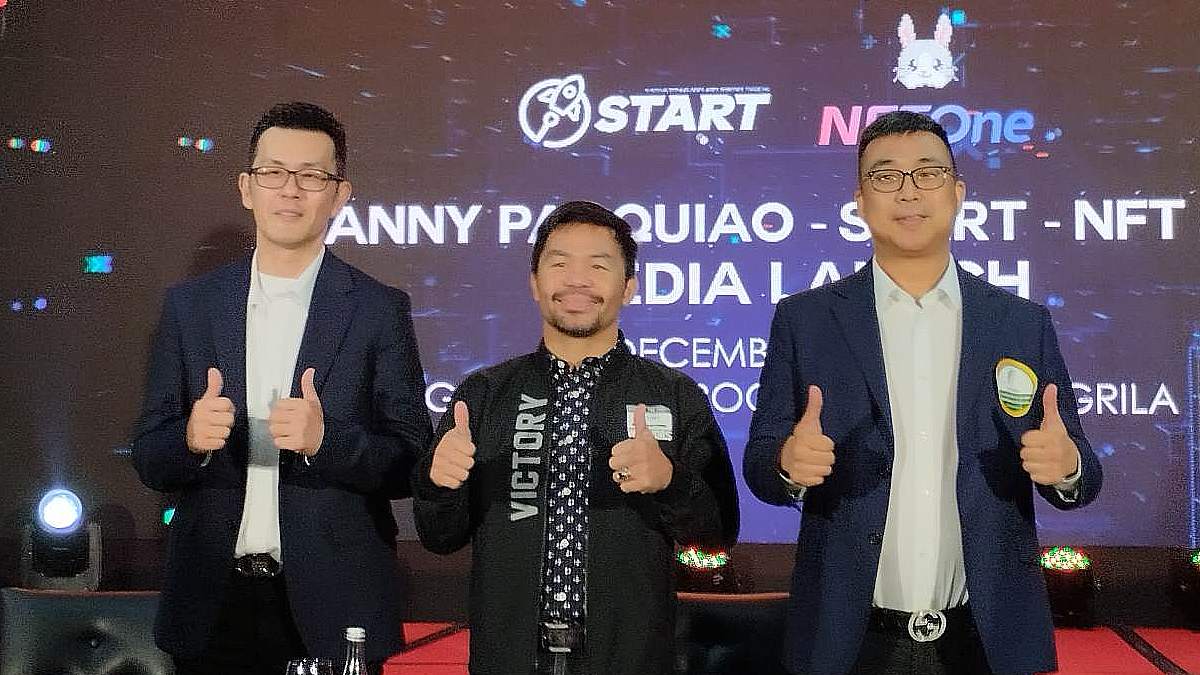 Fresh from his eventful exhibition match against South Korean martial artist DK Yoo, Pacquiao flew back immediately to Manila and took part in the contract signing involving START Inc. and NFT One at the EDSA Shangri-La on December 13.

The two companies, involved primarily in the creation and marketing of non-fungible tokens (NFTs), have been creating a lot of buzz in the Japanese NFT community because of their top-selling one-of-a-kind collections.

START Inc. conceptualized its goal of establishing an online community that not only serves as a viable platform for NFT trade, but also as a more all-encompassing network comprised of reputable and predominantly Asian NFT-centric influencers from various parts of the globe.

STARTJPN’s maiden launch of its NEO STACKEY collection sold all 1,650 units within seconds of launch in the OpenSea market, and reached the Top 2 of trending collections worldwide. In a matter of hours, the collection noted an exponential rise in value.

Buoyed by this promising start, STARTJPN is all set to replicate its success with the launch of its ensuing collections, namely STARTJPN ALL-STARS, JAPAN Dream Collection, CRYPTO NINJA X STARTJPN, and Tokyo Alternative Girls.

In the meantime, START anticipates a stronger foothold in the NFT market with its partnership with Singapore-based NFT One.

Adding even more prestige to this auspicious partnership is the appointment of the legendary Filipino boxer as START Inc.’s Honorary Chairman and STARTJPN’s Ambassador.

With his diehard fans and followers numbering in the millions, Pacquiao has earned his legacy as one of the sports world’s most bankable brand ambassadors.

As part of its core advocacies, START Inc. also plans to build schools and other learning institutions, and encourage a new generation of NFT creators and engineers to pursue their own paths, and help create new breakthroughs in the local NFT industry.