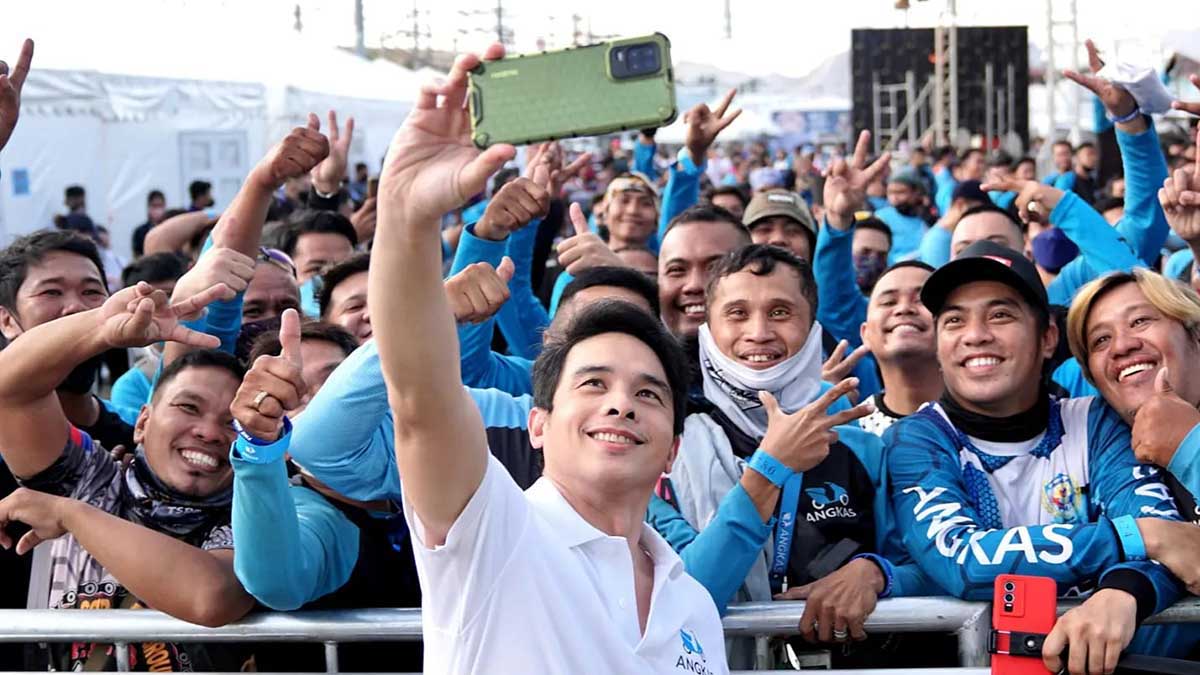 Angkas bikers and senatorial candidates from a wide range of political parties gathered in the recent Angkas Safety Fiesta to jointly push for the welfare and protection of the 18-million-strong biker community.

The Cainta-based event, which was packed by 3,000 bikers, also signaled Angkas’ preparation to provide alternative transport due to the imminent return of pre-pandemic traffic in Metro Manila following the lowering of COVID-19 restrictions.

Some of the activities during the day-long event include a concert, motorcycle riding safety course, and medical checkup.

“An estimated 99% of motorcycle owners are low-income breadwinners. Motorcycles are at the center of their road to economic freedom and financial independence,” explained Angkas CEO George Royeca.

“It is for this reason that we have invited candidates from every party. The welfare and livelihoods of 18 million Filipinos—and the families they support—are issues that cut through party divisions and affect all of us. Whatever your political inclinations are, we hope that 18 million kagulongs are part of the national agenda,” he added.

Angkas pioneered the motorcycle taxi industry in 2016 and gave the beginnings of legitimacy and professional regulation to tens and thousands of habal-habal riders who were previously criminalized by the government.

Many challenges still face motorcycle bikers on a daily basis from lack of bike-friendly infrastructure, livelihood benefits, and the proper system to protect them from being regarded and treated as second-class citizens on the road. “There are 18 million bikers in the country, three times the number of cars. Unfortunately, roads are not optimized for bikers,” pointed out Royeca.

Free legal service counsel and senatoriable Chel Diokno supported this, saying “…the transport policy of the government should be about moving people, not cars. The government has prioritized building more highways for cars, while we should be focusing more on how to move people to get where they need to get, in the shortest possible time.”

“Motorcycles are really suited to that role. But of course, we need to develop our mass transit system as well,” he added.

Seeking a return to the Senate this year, JV Ejercito, a longtime supporter of Angkas and a biker himself, confirmed Angkas’ contributions to the economy, addressing them directly: “…Kung wala kayo… malamang lalo nang bumagsak ang ating ekonomiya. Kayo ang bumuhay sa ekonomiya habang tayo ay ni-lockdown…at may pandemiya.”  (If you weren’t around … the economy could have further deteriorated. You are the ones who kept the economy alive especially during the lockdowns and the pandemic.”)

Among Angkas’ first hurdles to wide acceptance was the common perception that motorcycles are inherently unsafe. To overcome this, Angkas provided free training for over 150,000 applicant bikers, 70% of whom actually failed.

As a result of its uncompromising standards, the company has maintained a safety rating of 99.997% even after millions of rides. This convinced the government to take a second look at the motorcycle-riding sector and consider legitimizing the motorcycle taxi industry.

The success of the Angkas business model complemented by its strict safety training protocol has led to tens of thousands of new biker entrepreneurs who make at least P1,500-2,000 a day or P45k-60k monthly, which is up to three times the minimum wage. Best of all, because they are entrepreneurs, these bikers control their working hours and have time for other important things such as family time.

“To the 18 million people that are depending on two wheels for their livelihoods, we want you to have the proper representation and good champions who will really look at what you’re doing, how you can thrive, how you can be better, and also fight for your rights,” said Royeca, addressing the motorcycle-riding public.

“At the end of the day ‘yun lang po (that’s all we want), sana po hindi na po sila (that they no longer be) second-class citizens. Sana po hindi na po sila tignan bilang mga criminal (it would be good if they were no longer regarded as criminals). This is something that we will always be fighting for until we are able to establish that,” he concluded.