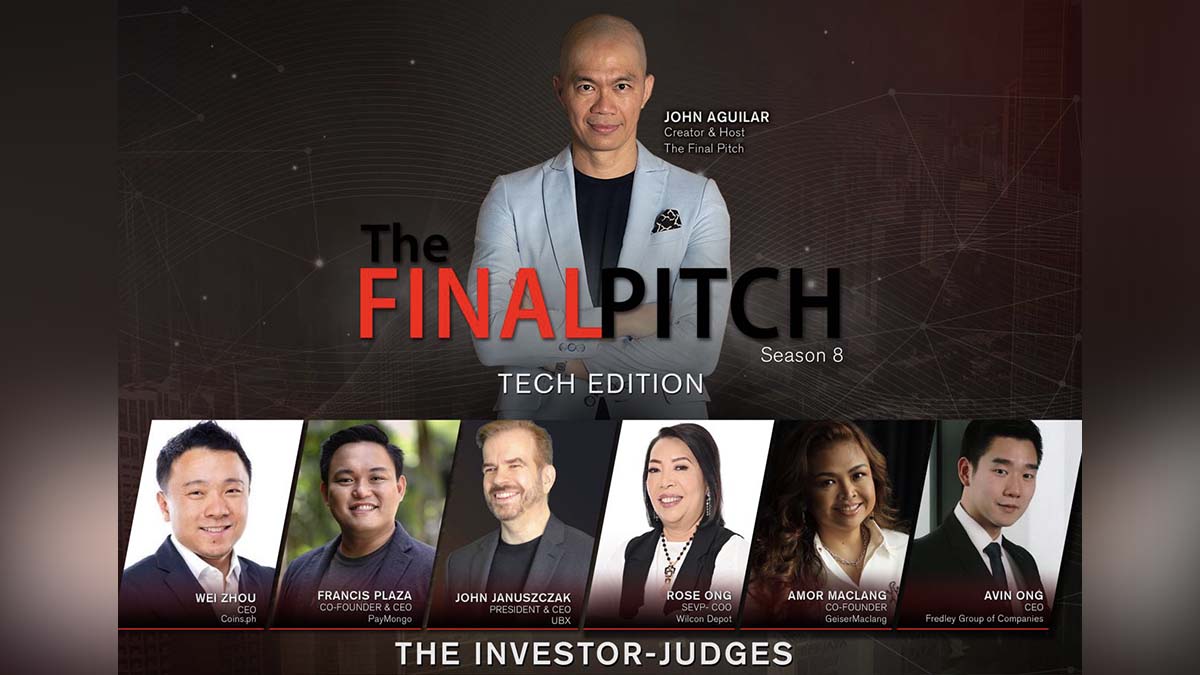 The search for the next big thing in the Philippine startup scene takes centerstage once again—but this time, it will be an all-tech lineup.

CNN Philippines’ reality TV show The Final Pitch announced that its upcoming 8th season will focus on an all-tech lineup of startups and entrepreneurs.

This comes at a perfect time when the local startup ecosystem is experiencing a boom with a 179% increase in raised funding in 2021 to as much as $1 billion, generating interest from local and international investors.

Reprising their roles as investor-judges are John Janusczcak, President and CEO of UBX, recognized as the Fastest Growing Fintech Company in South East Asia in 2020; former TFP mentor turned-investor-judge Amor Maclang of Geiser-Maclang, the convenor of Digital Pilipinas and World Fintech Festival – Philippines, and the forthcoming Philippine Fintech Festival; and Rosemarie Bosch-Ong, SEVP and COO of Wilcon Depot, and one of the directors of the Proptech Consortium of the Philippines.

The Final Pitch is now accepting applications for entrepreneurs to pitch their idea stage, existing, and scale-up startups that are ready for their next stage of growth.

“This will be our biggest season yet,” the show’s creator and host John Aguilar said. “The 8th season of the show is a very deliberate slant towards tech and we are looking forward to backing startups that will help our economy transition back to pre-pandemic growth levels.”

Filming of the show will be held from July 5 to 6 in Okada Manila, the show’s exclusive hotel and venue partner.

According to Aguilar, Season 8 would serve as a prelude and a run-up to The Final Pitch: ASEAN, which will involve Singapore, Malaysia, Indonesia, Thailand, and Vietnam by 2023 and filmed and broadcast across Asia.

“We are aiming for the show to be the regional platform that will enable cross border investment and cooperation across Southeast Asia,” he said. “Proudly Filipino produced, for a global audience.”