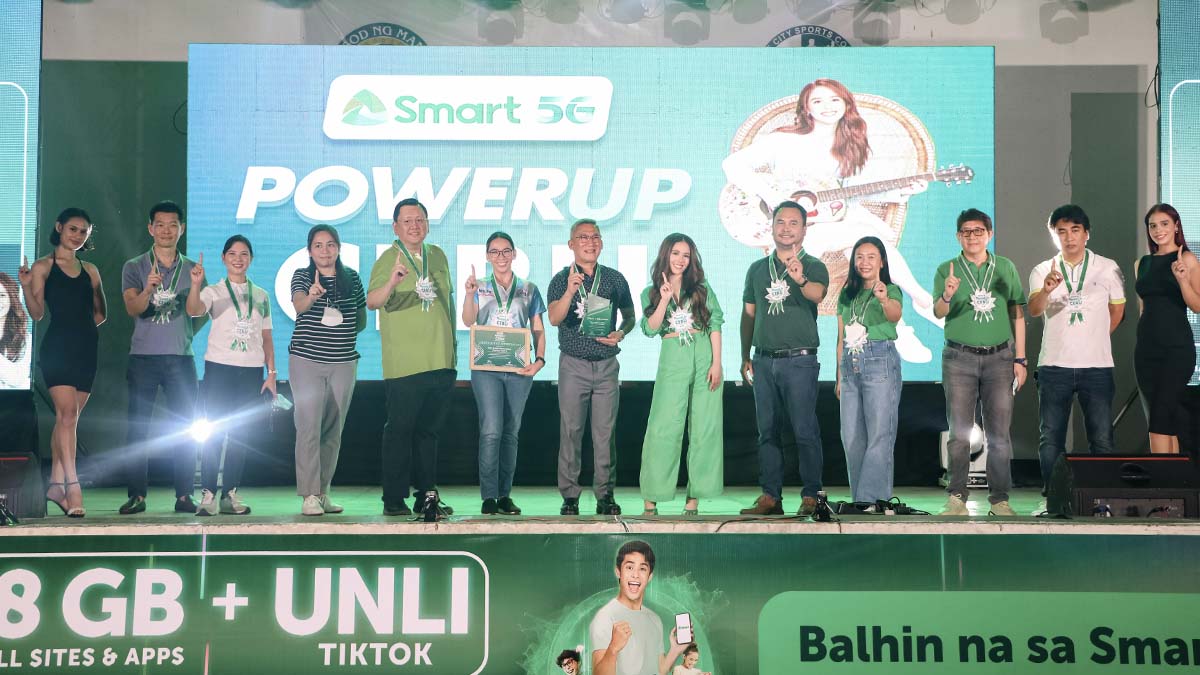 Smart Communications, Inc. has culminated its months-long series of Cebu events in Mandaue City, which highlighted its “Smart5G Power Up Cebu” campaign.

Packed with entertainment and prizes, guests who availed of Smart’s “PowerALL99” promo were given free SIM cards and access to several perks such as free haircut or manicure, among other services. Smart also leveled up the fun by treating guests to live performances by Smart brand ambassador Jayda Avanzado and other performers. Smart also held a Mobile Legends Tournament and a TikTok Dance Challenge to spice up the event.

To support customers’ increasing mobile data needs, Smart has increased as of end-June 2022 its total base stations nationwide to around 77,100, supporting its 3G, 4G/LTE, and 5G customers from Batanes to Tawi-Tawi. This includes around 7,300 5G base stations. Supporting Smart’s mobile network is PLDT’s fiber infrastructure, which was at 837,900 kilometers as of end-June 2022.