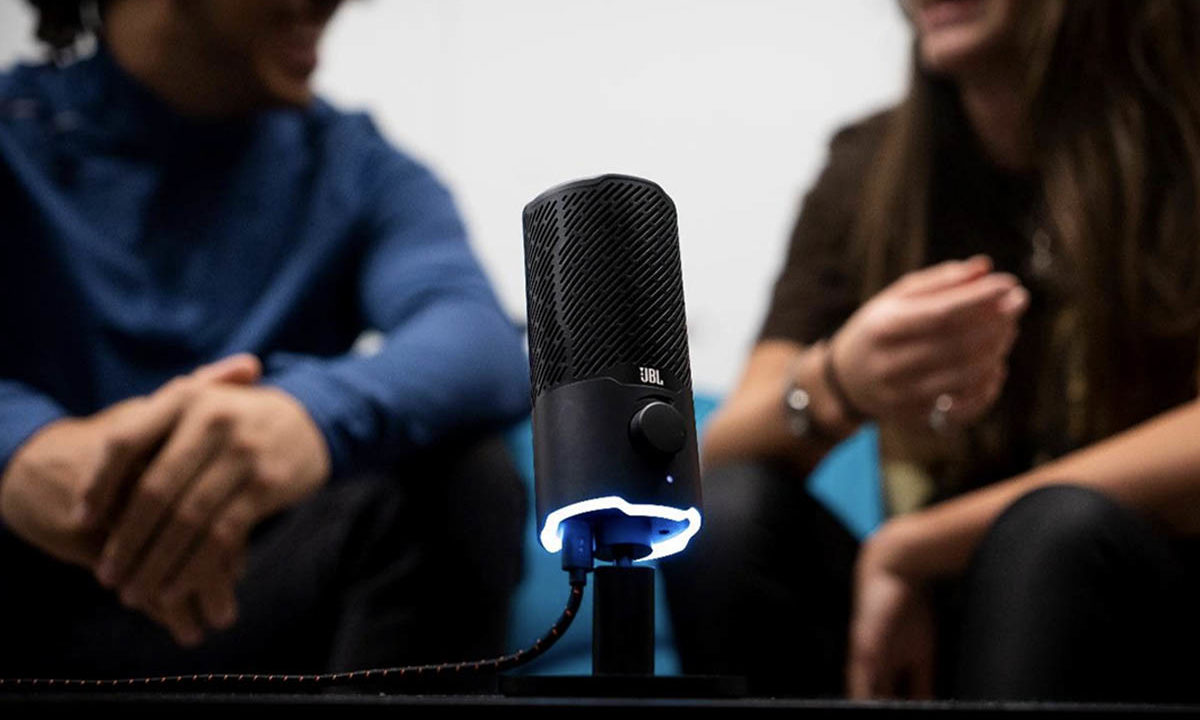 JBL launched its first USB microphone, the JBL Quantum Stream, early this year. Now, JBL Philippines has announced that the dual-condenser microphone will be available locally starting early June at the JBL website and at select retailers.

It also has two selectable voice pick-up patterns: one allows you to focus on your voice, while the other is designed to capture everyone’s voice in the room (which is good when you’re recording a podcast or you’re on a group call).

There’s a top button that allows you to mute the mic immediately, a reversible stand that provides 360-degree movement, and three stand options to ensure optimal mic positioning.

It also works with JBL’s QuantumEngine PC software. Simply hook it up via USB and you can tweak EQ settings and sync RGB hues to match the rest of your rig.