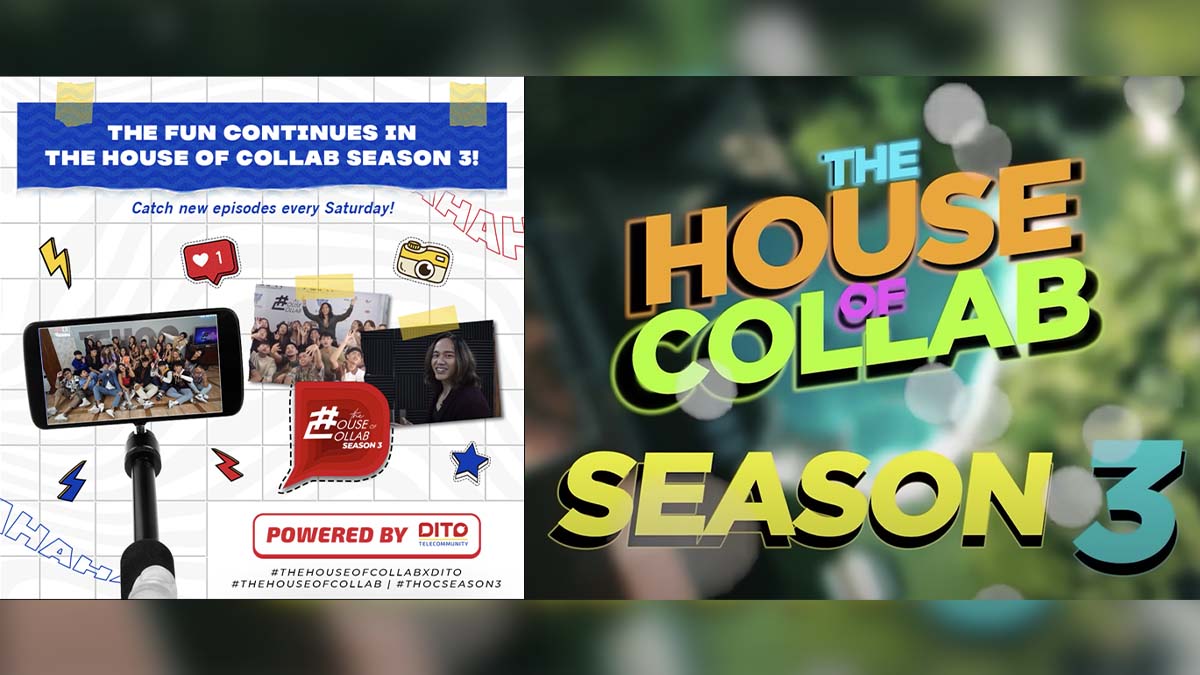 DITO Telecommunity continues its support for Filipino influencers and content creators through stronger connectivity as it recently renewed its partnership with The House of Collab (THOC).

THOC is a pioneer online reality show composed of Filipino content creators and influencers working together under one roof, supporting each other by tagging in their collaborated content to expand their audiences online.

As of July this year, the show has about 100+ content creators wherein at least 25 of them are physically inside the mansion creating content daily. THOC has an estimated combined 70 million followers on social media and ended season 2 with 10.7 billion views.

Now on its third season, DITO once again powers THOC. Influencers and content creators have the opportunity to experience DITO’s strong connectivity through various product offerings such as DITO Sachet Packs and DITO 5G Home WiFi.

They also have the chance to take on DITO’s innovations such as DITO Auto Pay and DITO Advance Pay, which both offers worry-free convenience when it comes to subscription renewals.

In season 2, DITO also powered THOC‘s efforts by giving members the chance to experience its data plans and product offerings.

DITO recently reached its 12 million subscriber base and is now present in over 600 cities and municipalities nationwide.