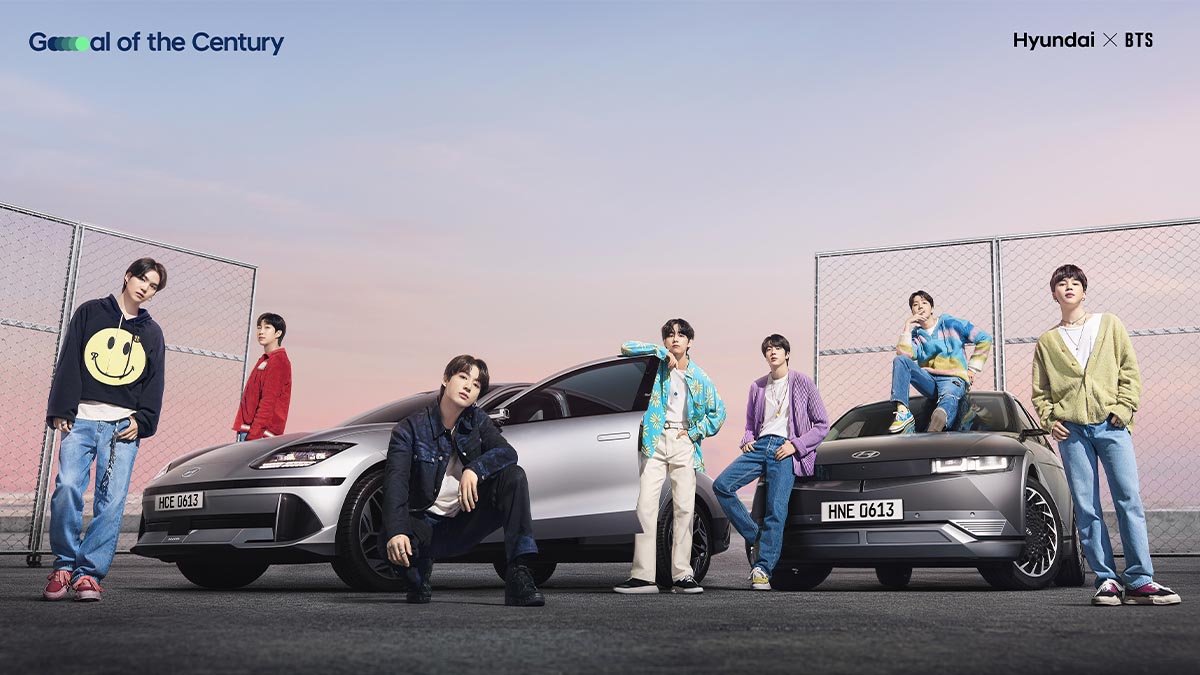 K-pop royalty BTS has come together for a new version of its hit song Yet To Come.

Hyundai Motor Company’s Yet To Come (Hyundai Ver.), a British rock remix version of BTS’ Yet to Come (The Most Beautiful Moment), is made especially for the ‘Goal of the Century (GOTC)’ World Cup campaign song.

The campaign song used the original lyrics and added lines such as “Now the vision is clear, the Goal of the Century is here.” The song is also filled with lyrics such as “I know, together, we’ll make it better” and “We’re gonna run till a new tomorrow” in hopes to create a better future together.

The campaign message is also conveyed in the music video, showing the song delivered all around the world by people singing it together in the stadiums. The film visualizes the world that Hyundai wishes to create through the 2022 FIFA World Cup, expanding the solidarity of those united together in football to achieve the ‘Goal of the Century.’

In addition, the official music video depicts Hyundai’s future aspiration to transform into a Smart Mobility Solution Provider by featuring Spot from Boston Dynamics, AAM (Advanced Air Mobility) flying into the skies of the city, and IONIQ 5 and IONIQ 6 traveling throughout the city.

Hyundai Motor will launch a TikTok challenge #TeamCentry12 on October 1 for global fans to enjoy via Hyundai’s official TikTok account.

The company launched its global sustainability campaign ‘Goal of the Century’ on April 22 in line with Earth Day for the upcoming 2022 FIFA World Cup. The campaign is part of the company’s continuing mission to achieve carbon neutrality by 2045 at all stages of its production and operation.